Blog The advantages of Bootstrap

The advantages of Bootstrap

Since we switched to responsive, Bootstrap has been a hot topic among our designers. Bootstrap (official: Bootstrap Twitter) is a CSS framework that allows you to quickly create responsive websites. An addition to our e-commerce platform. The web shops look just a bit slicker. But what exactly is Bootstrap?

The inexorable rise of tablet and mobile makes is forcing webshops to adapt. If you go for a responsive design, you create a single website that adapts automatically to the user’s device. The lay-out is adapted dynamically to the size of the screen, which is obviously much more user-friendly. Webshops also end up looking a lot better.

Bootstrap is the framework used by the front-end designers of our webshops. The framework was originally developed for Twitter, for internal use. But since 2011, it’s been available as an open-source toolkit.

"Bootstrap works perfectly with all the major modern browsers (Google Chrome, Safari, Internet Explorer and Firefox), both on desktop and mobile.'' 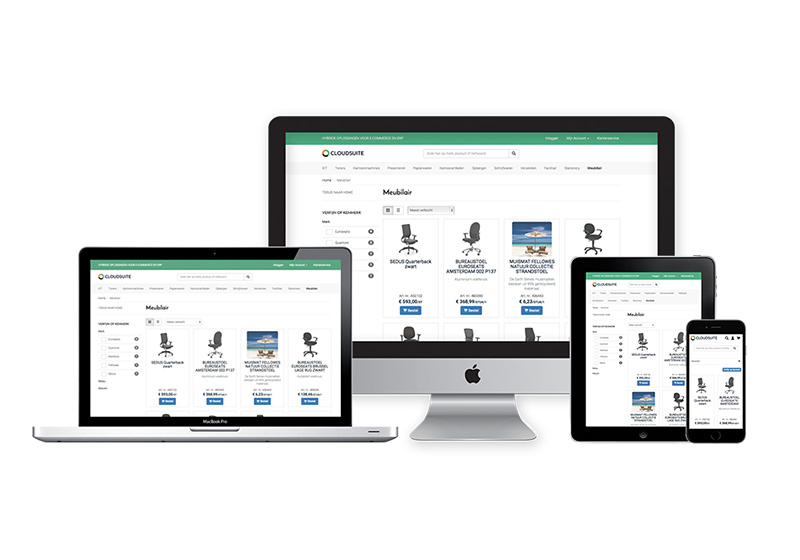 Pic: Bootstrap is a CSS-framework for designing responsive websites

Have a webshop live in no time

Many web designers like Bootstrap, largely because it enables them to put together a website that looks good and is responsive in no time at all. Bootstrap functions perfectly with all the major modern browsers (such as Google Chrome, Safari, Internet Explorer and Firefox), both on desktops and mobile devices. Plus, it’s easy to learn the language.

Bootstrap gives designers a lot of freedom – you can have pretty much any style you want. Bootstrap has CSS-styles for all kinds of user interface components, such as fonts, forms, buttons, graphics, breadcrumbs, menus and others. Java script is easily implemented. With the help of a fixed or fluid grid you can build a responsive website with the minimum of fuss. The advantage for us at CloudSuite is that we offer a template design that still looks unique because we adapt form, fonts, use of color and images to the customer’s house style and wishes.

Our latest responsive demo was made with Bootstrap. Check it out on Responsive.cloudsuite.com.